From idea to MVP in 4 days with Kodika.io

Alex Protogerellis in Engineering on 04 Nov. 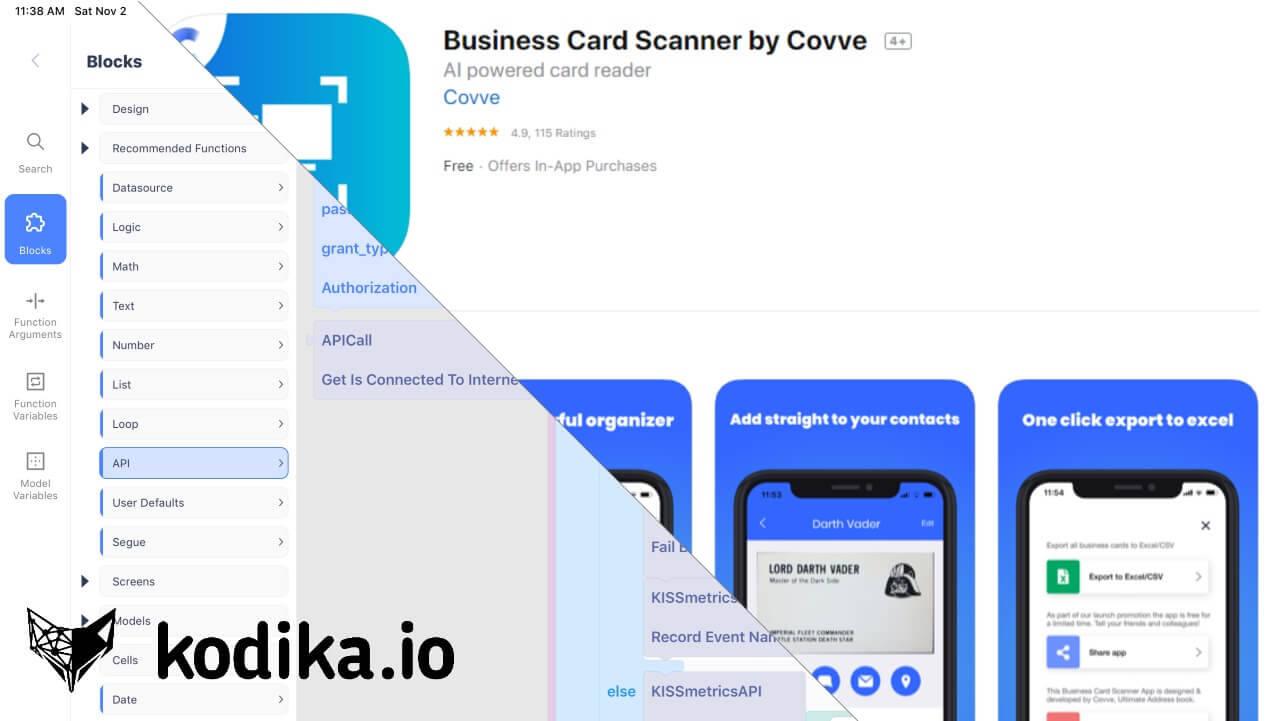 Its pet projects day at Covve, a time when ideas are born and innovation flourishes. This particular Friday an interesting debate was underway… Given the investment and exceptional results of building Covve’s business card scanning engine (hint: one of the world’s most accurate engines which is also language agnostic), wouldn’t it be great to make this available to people through a standalone app?

This is a debate we’ve often had at Covve HQ and the hypothesis is solid – there’s an entire audience out there who want a dedicated, simple and super accurate scanner. We’ve already developed the tech so why not make it?

The answer regrettably has always been that 100% of the team’s effort must go to Covve and side-projects like this, no matter how tempting, must take second priority. … that is until Kodika came along.

Kodika is a really new service which lets you build iPhone apps with simple drag and drop (a “wordpress for apps”), making the journey from design to app store a matter of hours and days (not weeks and months). Indeed, four days later our pet project hypothesis was live on the app store and making a splash (check out Covve Scan)! 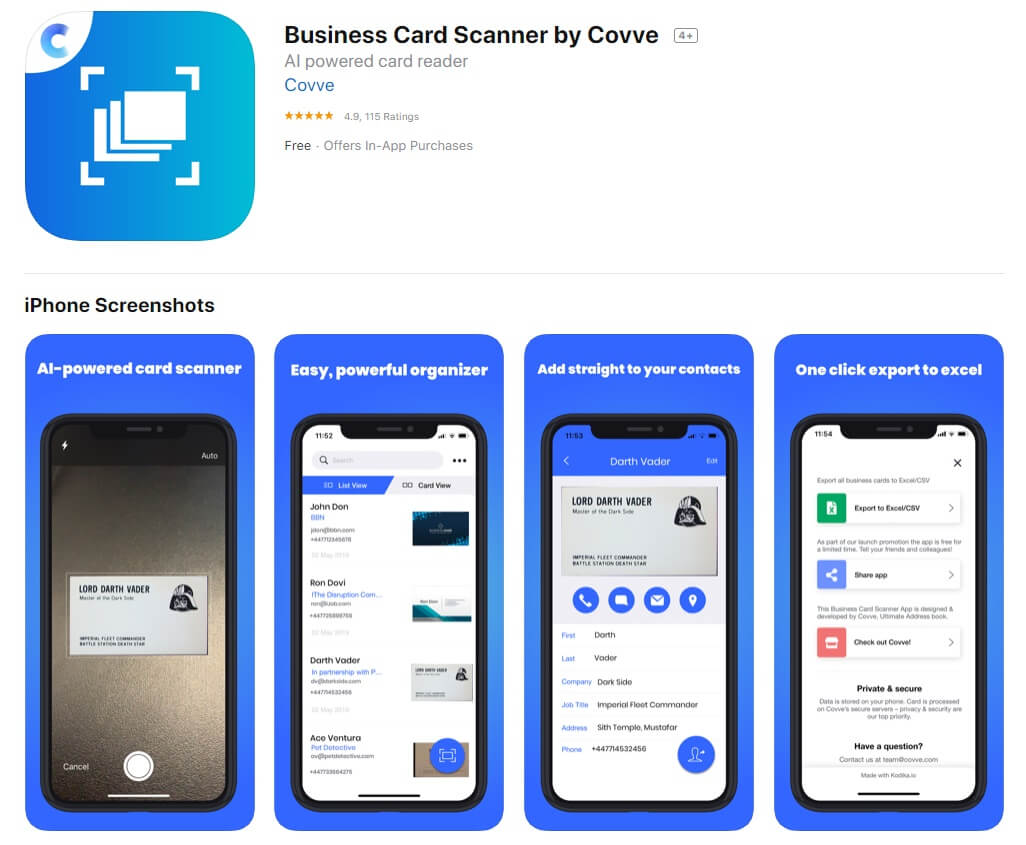 So, Kodika delivered on its promise. However what I didn’t expect was the quality of the code coming out of it. It was absolutely production-level: it is robust, it is limitless (if you can code it traditionally, you can Kodika it too) and is performant. So much so actually, that what started as a proof of concept has now been live for the best part of 2019 and has amassed 234 ratings with an average of 4.9 stars – not too shoddy for a 4 day pet project!

The process was quite simple 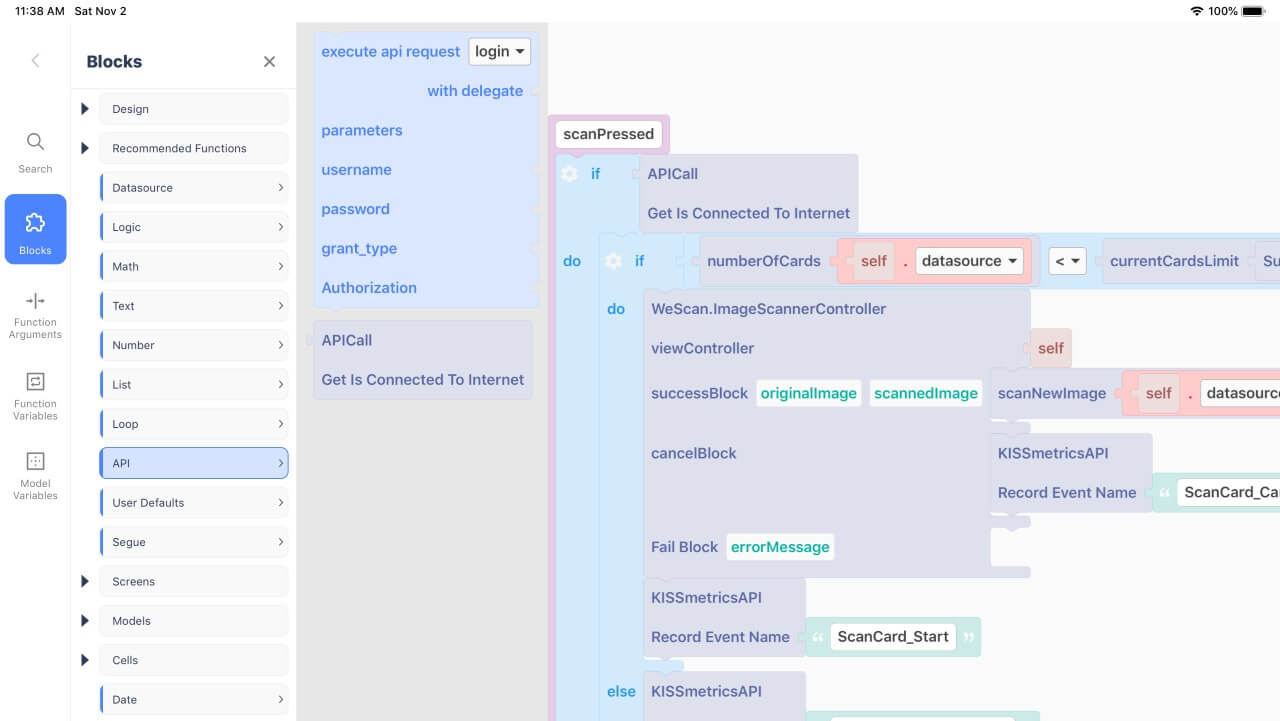 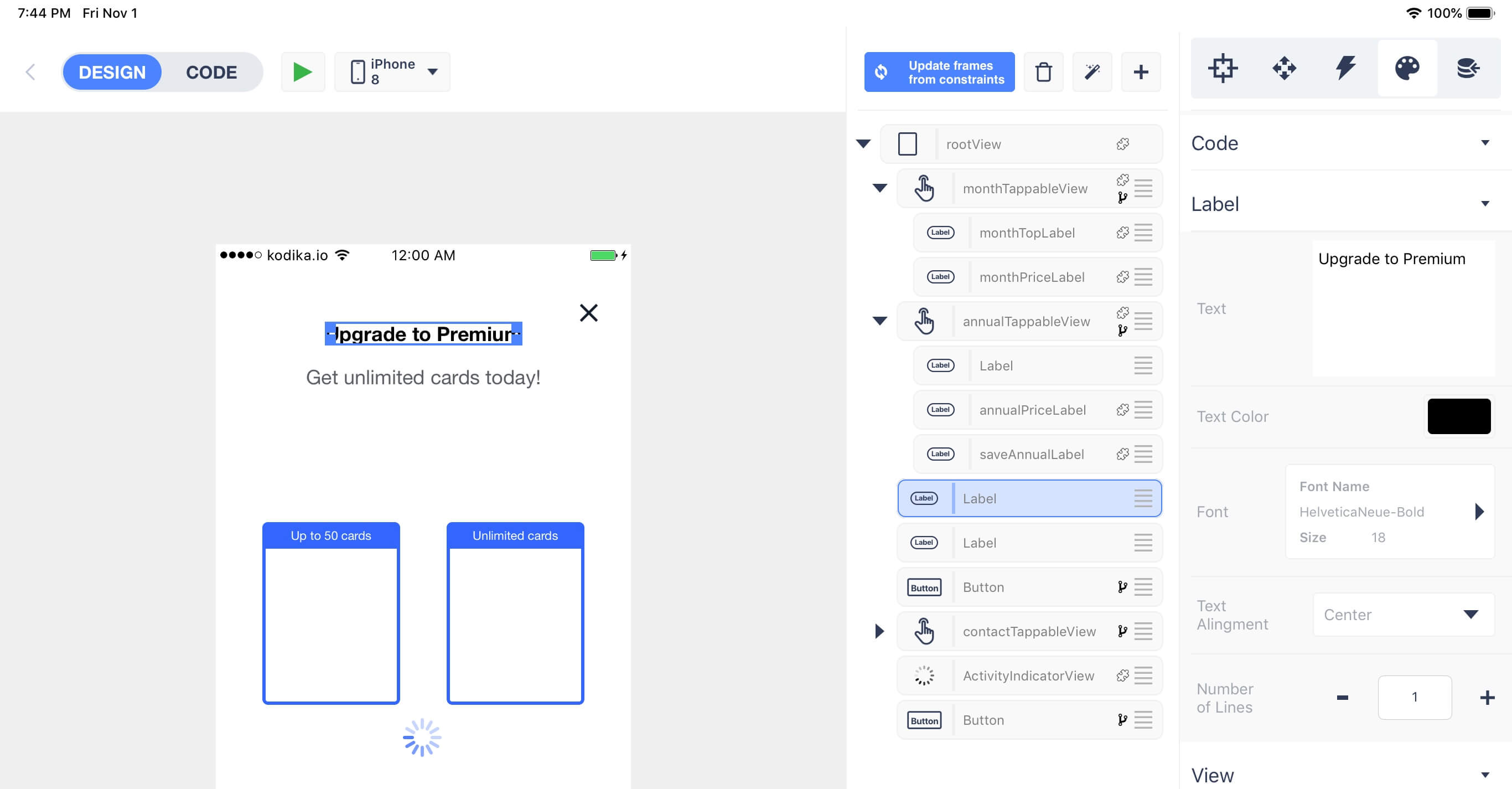 OK, so should we fire our engineering team?

Well, not quite. Kodika is great but isn’t for every type of project. Kodika is best when the effort of the app in question is mostly the interface and API calls to your backend. On the other hand if the app needs to contain significant portions of custom code, processing and heavy logic then stick with traditional engineering.

So, TLDR: if you’re starting an app dev project now, seriously consider Kodika either for its proof of concept or even for the full blown thing. It certainly worked for us!

(Update June 2020: After successfully running on iOS for a year, we decided that the time had come for Covve Scan to be launched on Android too. As such we implemented it on our standard Ionic/Angular stack and launched v2 of the scanner as a cross platform iOS/Android app)